Aluminum louvre shutters are as robust as they are stylish, providing shade, privacy and protection from the weather in your outdoor space. It doesn’t hurt that they look incredible.

There’s a reason Modern has been one of Australia’s leading louvre shutter installers for so long. We manufacture our aluminum louvres in Australia for Australian weather – that means they’re more functional, better looking and longer lasting.

Choose a local name that thousands of Australians trust for louvre shutters. Make it Modern. 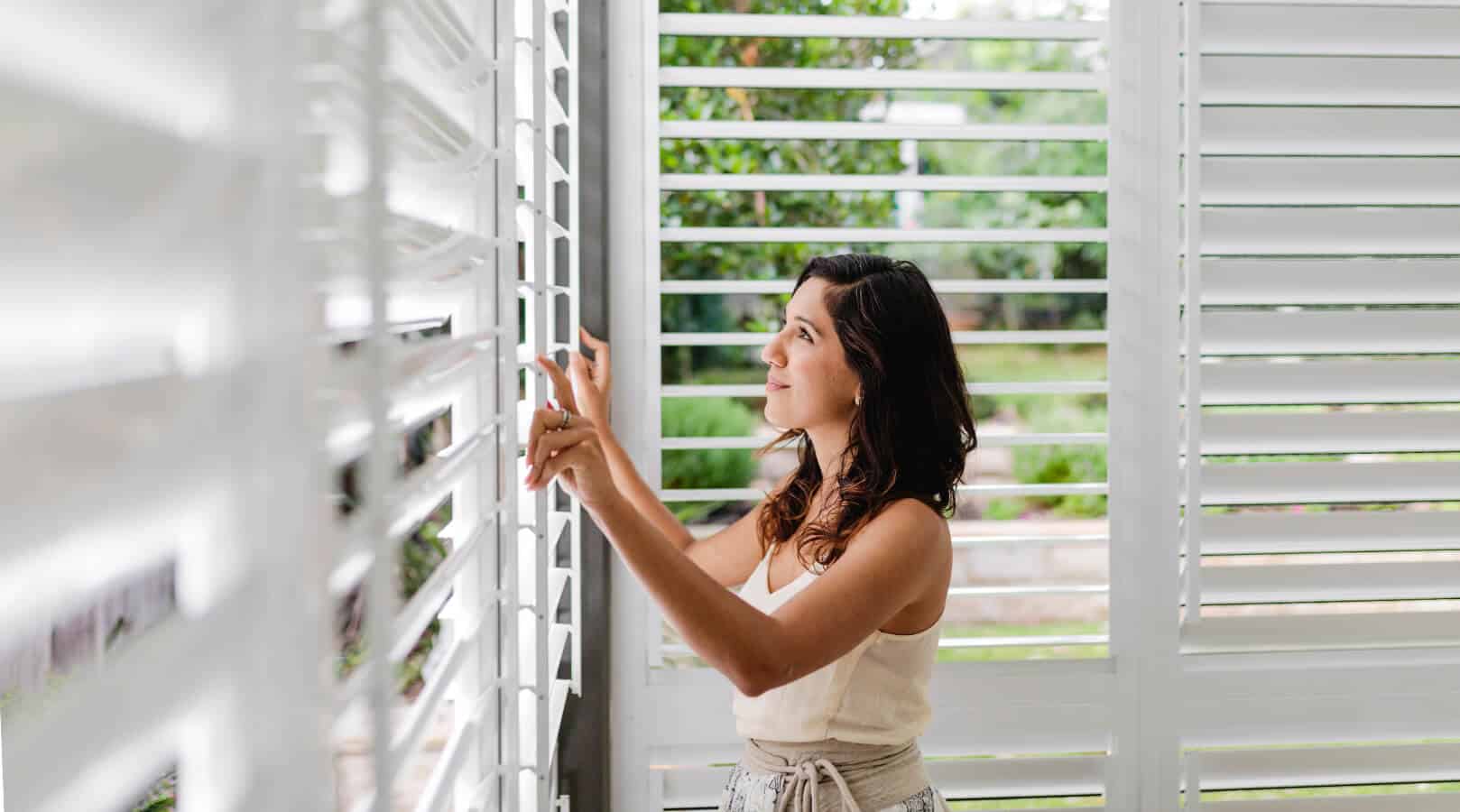 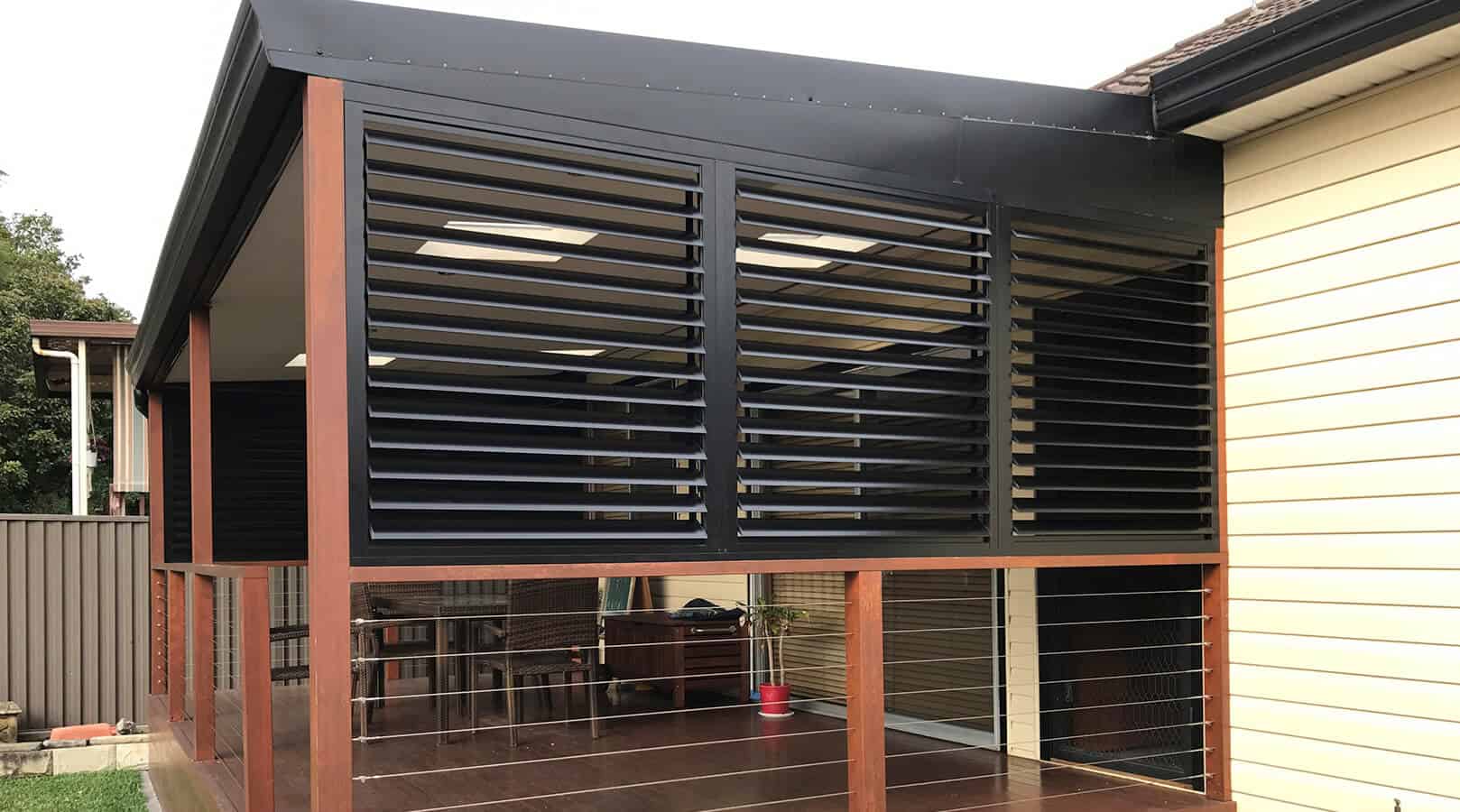 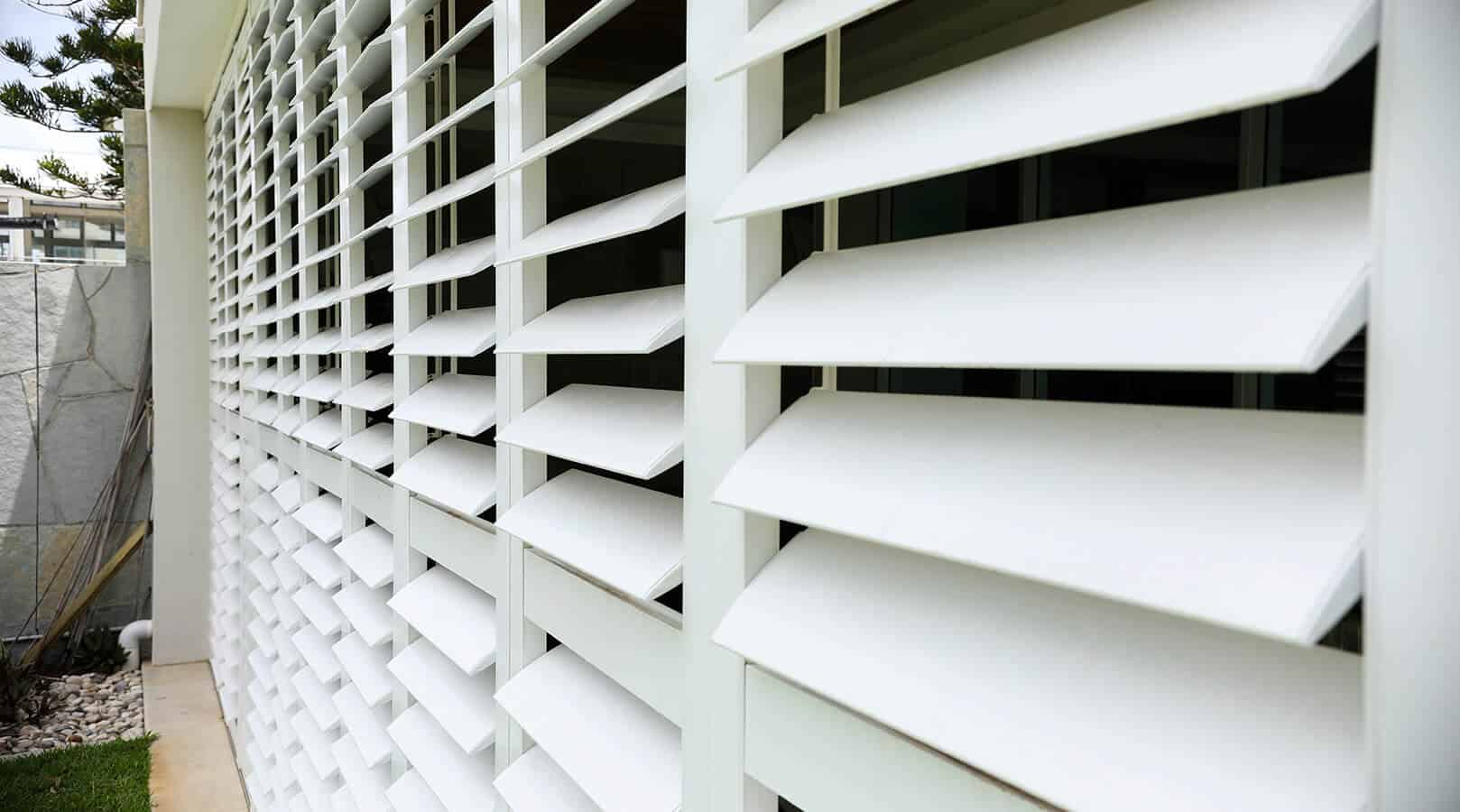 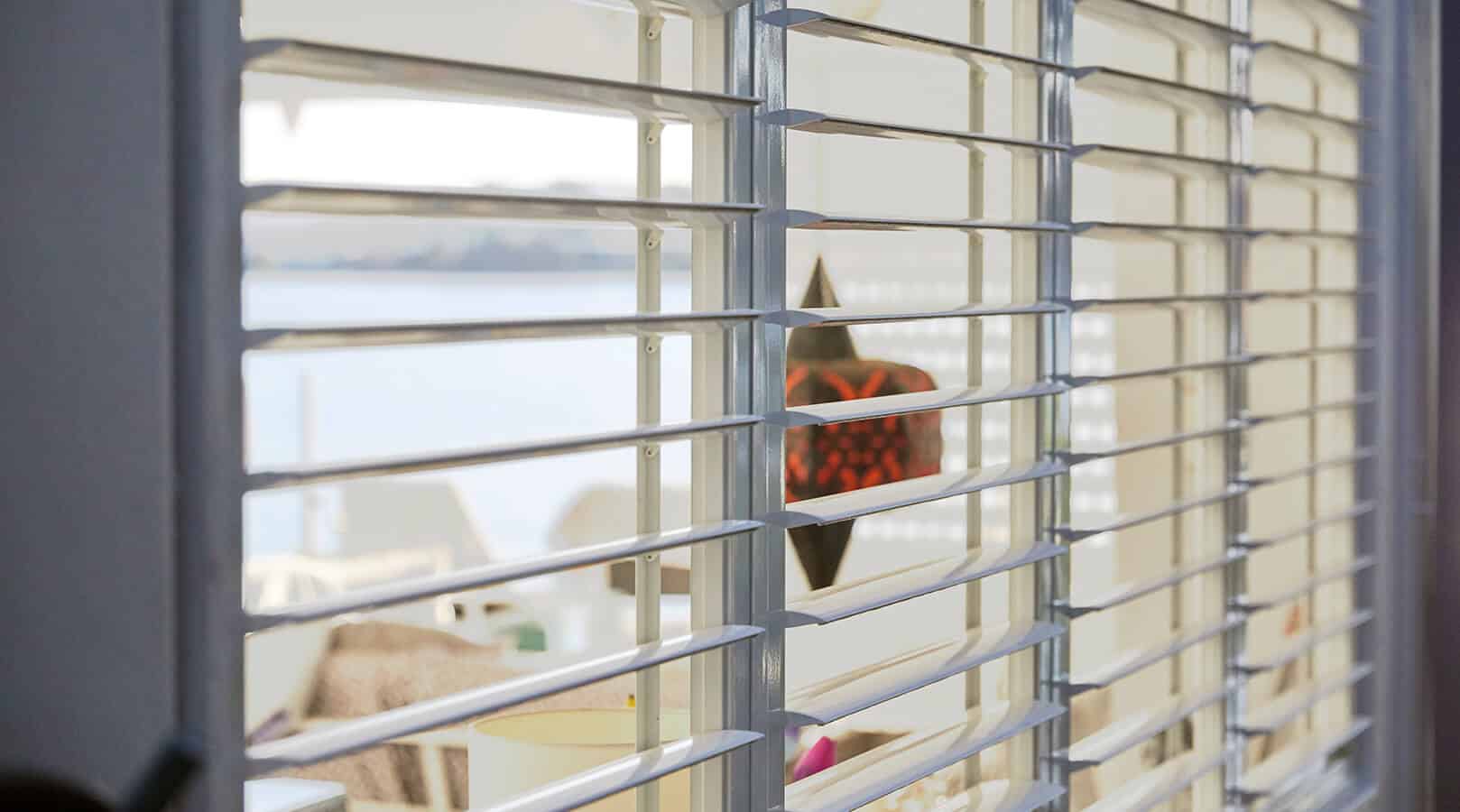 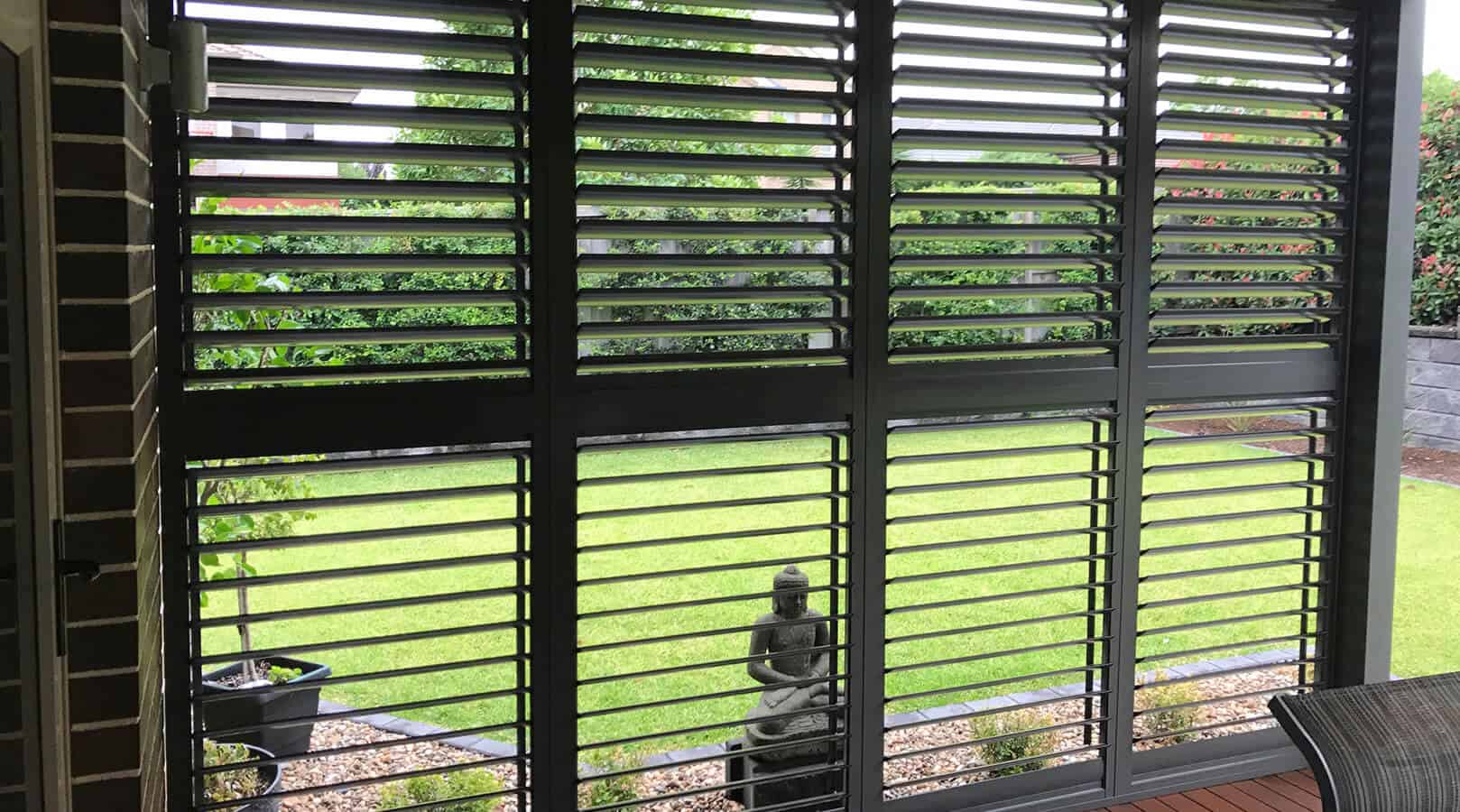 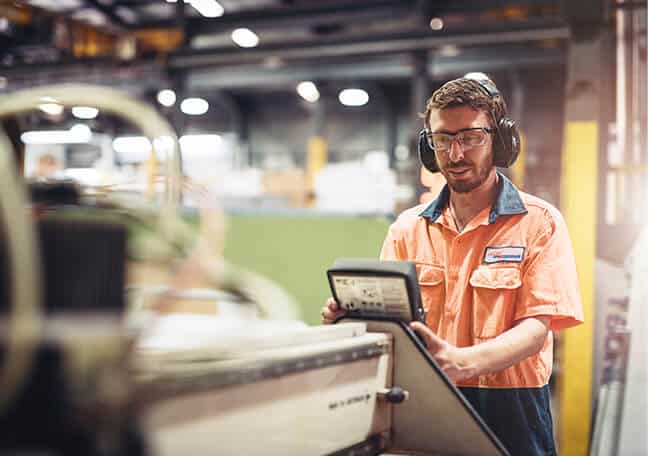 Modern’s louvres are designed and manufactured in Australia for Australian weather. That means long-lasting quality and faster, more reliable delivery. 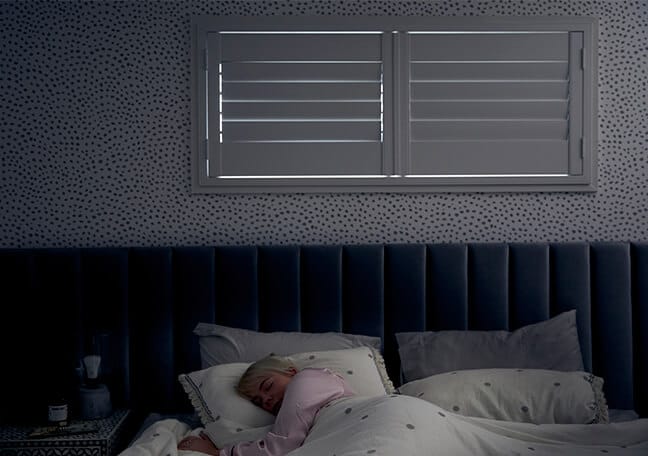 Thanks to their tilting blades, you have complete control of the amount of sun that enters your outdoor area. Tilt the blades to allow a cooling breeze through in summer while still shielding you from the sun’s rays. 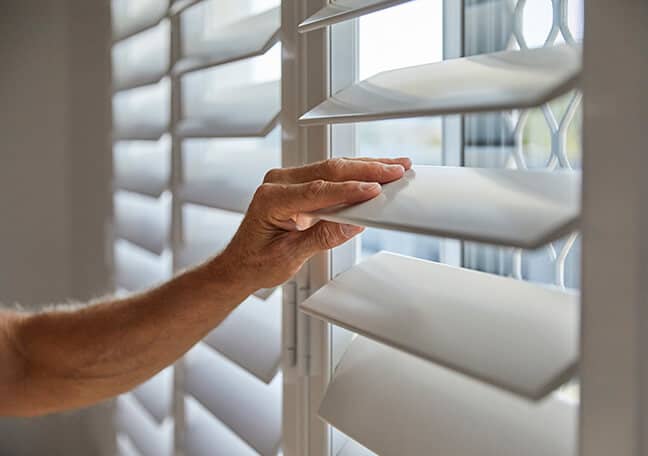 Block the breeze in your outdoor area and stay comfortable year round. Felt wool seals on the blade and around the frame further reduces weather penetration when in closed position. 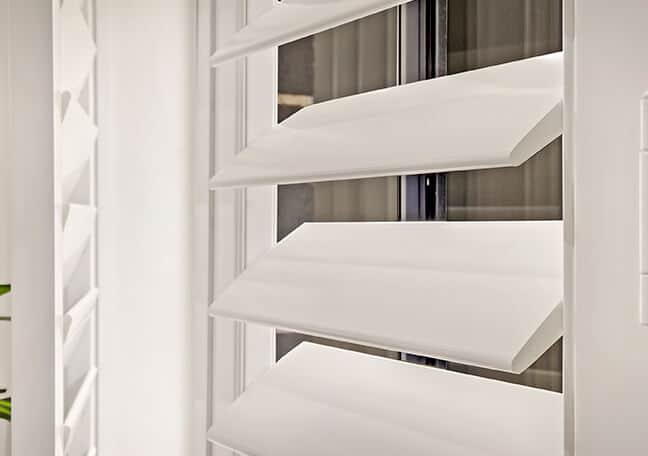 Strongest domestic louvres on the market 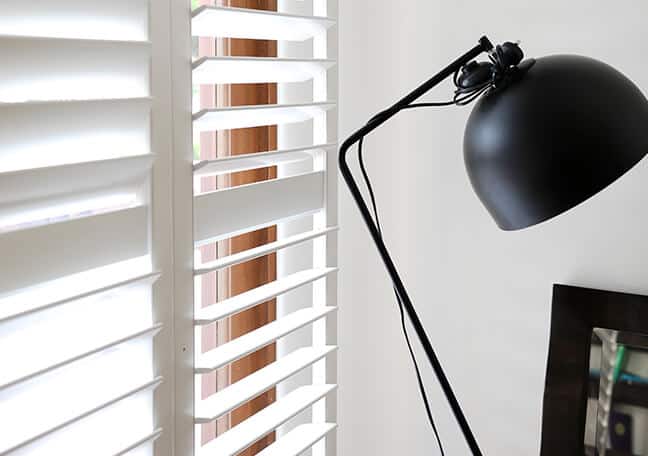 Effortlessly blends with your home’s decor

Our louvre shutters are available in up to 38 standard colours and over 150 premium powder coated colours. There are several installation options available too - choose between fixed, bi-fold hinged, stacking and slidingThere is sure to be a shade to complement your home’s decor. 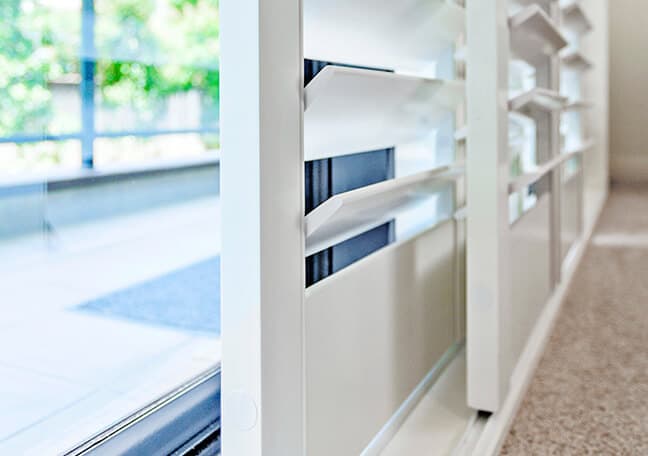 There are several installation options available too - choose between fixed, bi-fold hinged, stacking and sliding. We can tailor out louvres to practically any space or requirement. 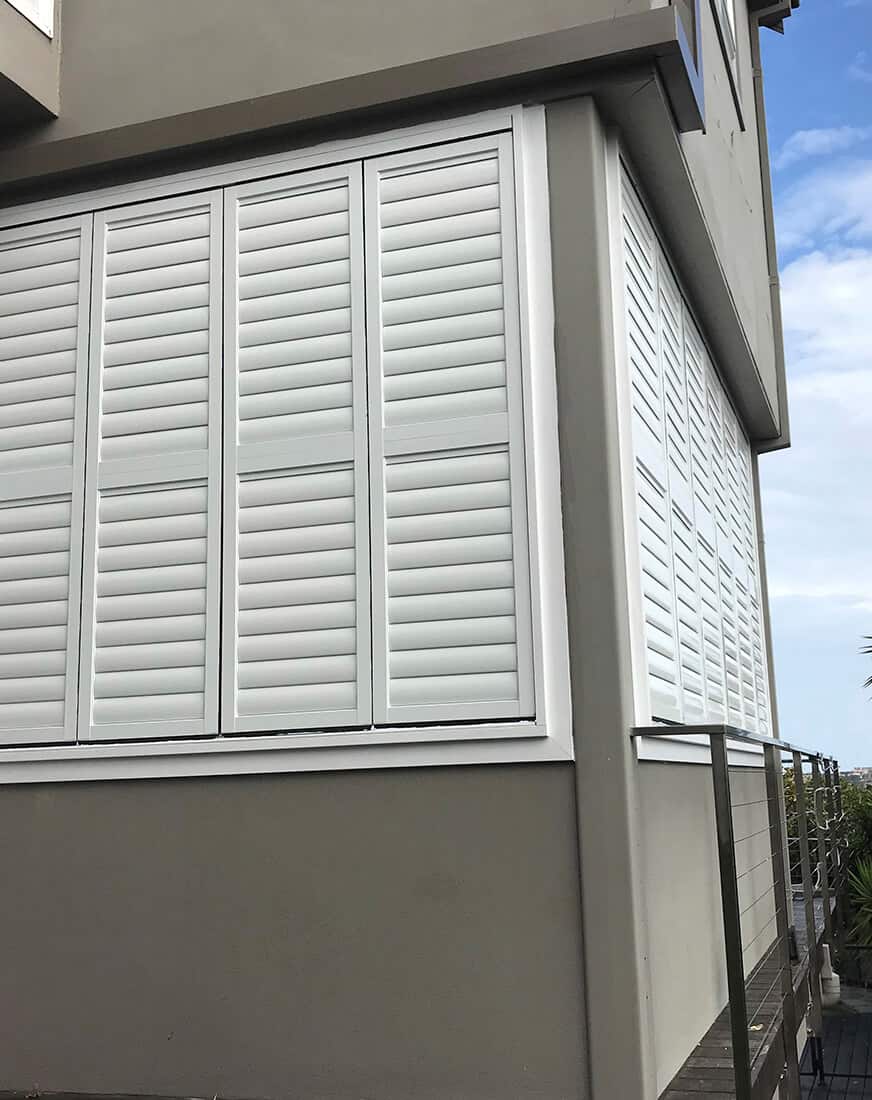 “Our north facing balcony was way too hot during summer and our sun shade wasn’t cutting it. We needed a better solution.”

We just weren’t using our balcony during summer because by 11 am every day it was too hot. Nothing we tried worked until we installed louvre shutters. They did an awesome job of blocking the sun while allowing cool breezes through - plus they look great! 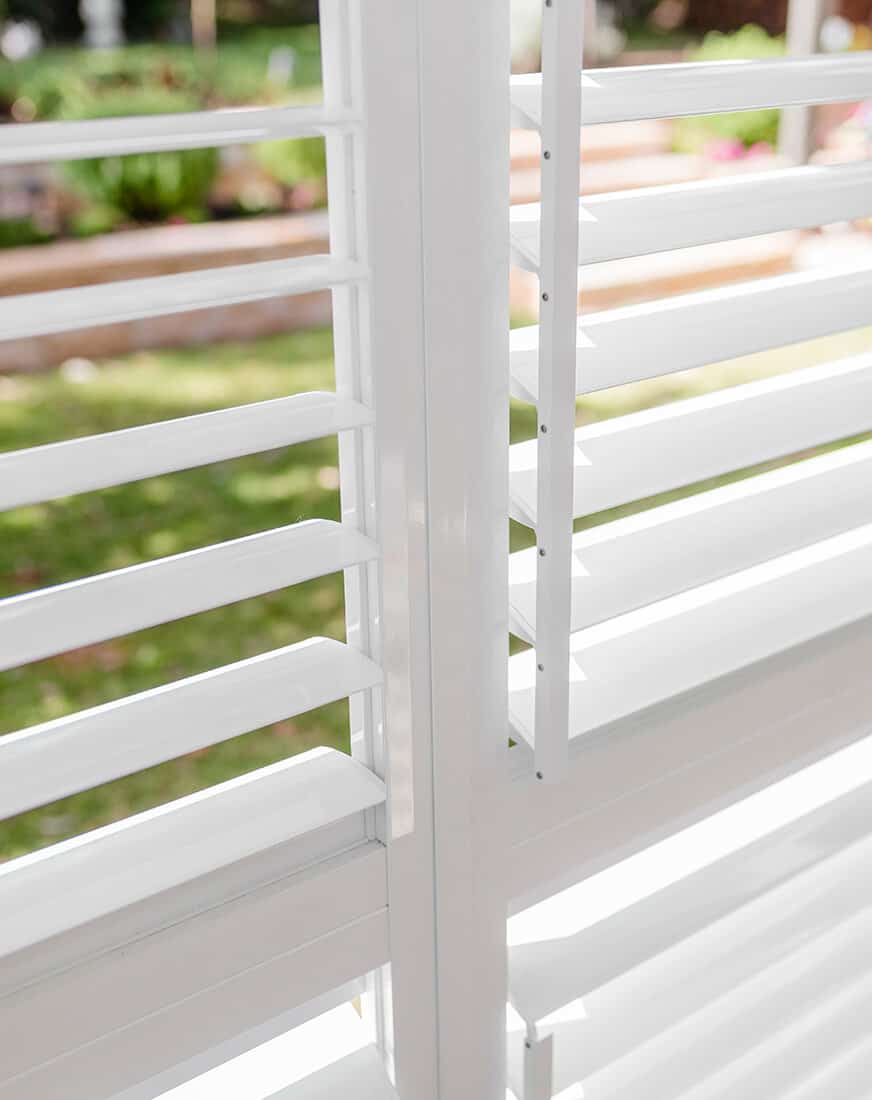 “The wind made our little courtyard unbearable to be in during winter. Louvre shutters provided the weather protection we needed”

We have a lovely little courtyard out the front of our home which is great in summer but as soon as a cold breeze blows its awful. Our new louvre shutters almost completely block the wind during winter, and our courtyard now feels like an extra room in our house. 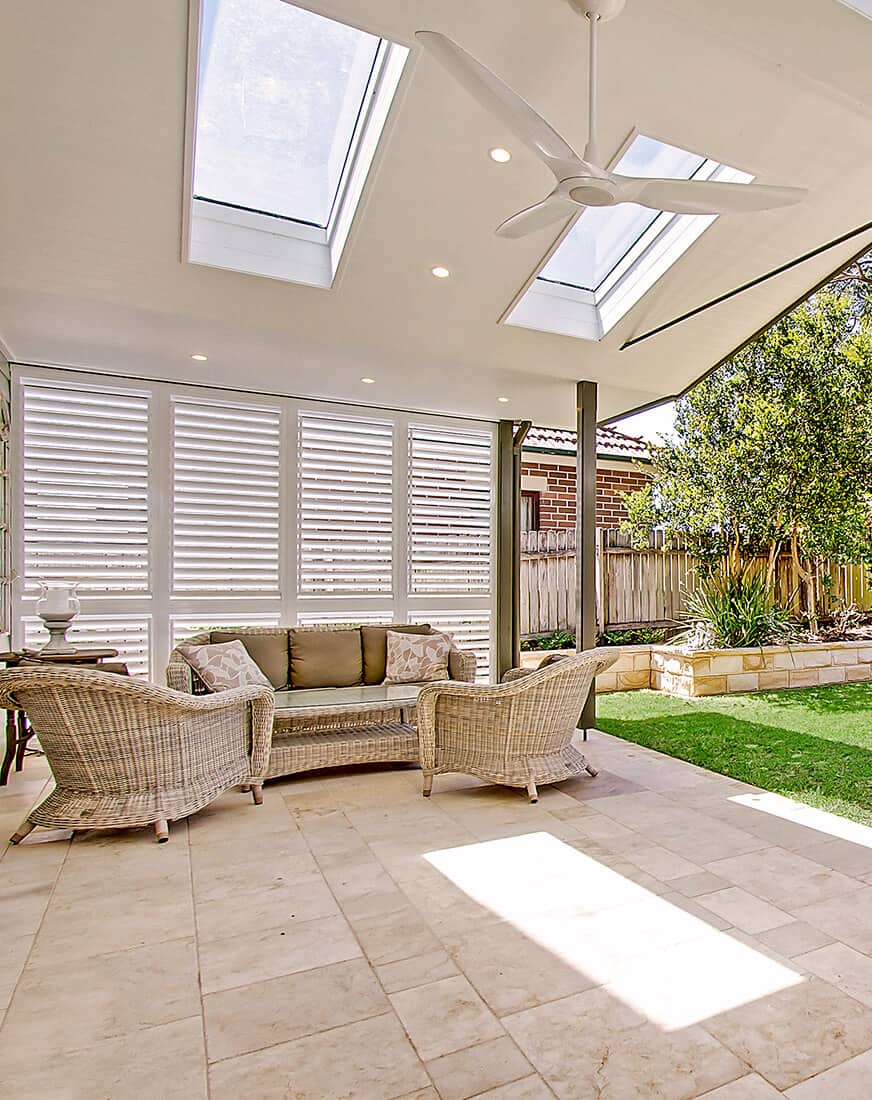 “I just wanted a little more privacy and peace and quiet in my outdoor area.”

I live on a noisy street with lots of car noise and foot traffic. My neighbours are also close by and they’re a little nosy. I wanted to kill two birds with one stone and find something that gave me privacy and quiet in my outdoor area - louvre shutters did just that. 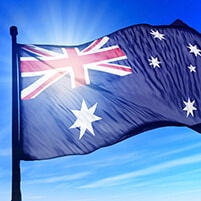 Modern is Australian-owned and all our products are made right here so you can be confident in their quality and enjoy faster, more reliable delivery. 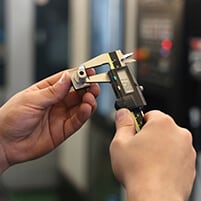 Our products are designed and manufactured to suit harsh Australian conditions so they last for years and look better for longer. 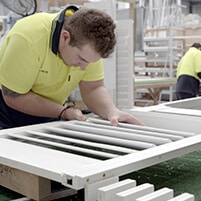 Modern manufacture all of the louvre shutters that we install. That means we’re able to charge only what it costs to craft a high quality product that will improve your home and last for years. 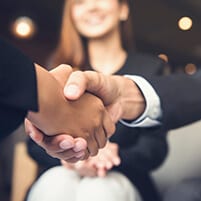 Modern offer free on-site consultations and expert advice. Give us a call and one of our friendly installers will visit you to provide a FREE consultation.

Expand All
Close All

How long does it take to order and install Modern louvre shutters?

Modern louvre shutters can be installed as quickly as 4-6 weeks after measuring, depending on your chosen colour.

What are Modern louvre shutters made of?

Modern louvre shutter blades are the strongest and best-made louvre shutters on the market. The blades are manufactured using 6063 grade aluminum specified to T5 hardness, while all fixtures and fittings are made using 304/316 marine grade stainless steel.

What can louvre shutters be used for?

Louvre shutters are incredibly versatile outdoor fittings. They can provide extra sun shading and weather protection in outdoor areas such as balconies or courtyards, as well as added privacy.

Can Modern louvre shutters be customised?

Yes, Modern louvre shutters are fully customisable. They are available in fixed, hinged, bi-fold or stacking installation options, as well as many colours. Blade operation is also fully adjustable. 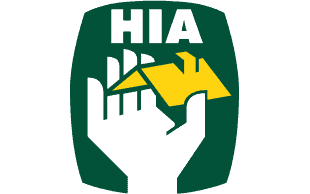 We’ve improved over half a million Australian homes. Chances are, you’ve seen our louvre shutters already.

What our customers say about us

The Modern Group’s service, supply and fitting of our shutters was seamless and professional and done by the friendliest team. 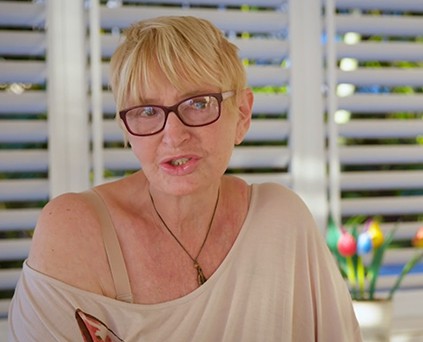 Highly recommend The Modern Group. Been using them since 2003 and very happy with the excellent service from them.

Best in the business by miles. Couldn’t be happier with the quality and workmanship. Highly recommend the team at Modern.

A+ Customer service, truly outstanding! I had the pleasure of dealing with Kim who was very friendly and made the entire experience fantastic. Big thank you Kim !! 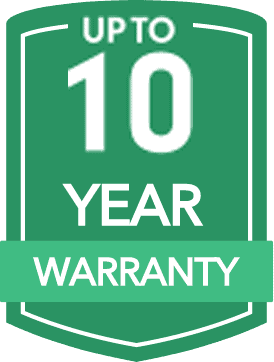 Our warranties are secured against a company that has been around for 40 years and will be around for many more. When you buy Modern products you have peace of mind knowing that Modern will still be here to honour your claim – unlike many of our competitors.

Louvre shutters with a difference

Modern is one of the country’s leading suppliers and manufacturers of louvre shutters – we’ve been manufacturing and installing them for over forty years (and we’ll be doing it for many years more).

Over that time, we’ve invested years into research and development to create what we believe are the best looking, longest lasting and most functional louvre shutters on the Australian market.

Unlike louvres from other brands, our louvre shutters look just as good now as they will in ten years – they’ll also swing just as smoothly on their hinges and swivel their blades. That’s because we’ve designed every component in our shutters to be near unbreakable, even with frequent use and constant exposure to the harsh Australian elements.

Choose a name thousands of Australians trust for louvre shutters. Make it Modern.

Louvre shutters are the best way to gain privacy, shade and weather protection for your outdoor area. Don’t let just anyone install yours – choose a name that thousands of Australians trust – a leading manufacturer and installers of durable, functional louvre shutters. Make it Modern. 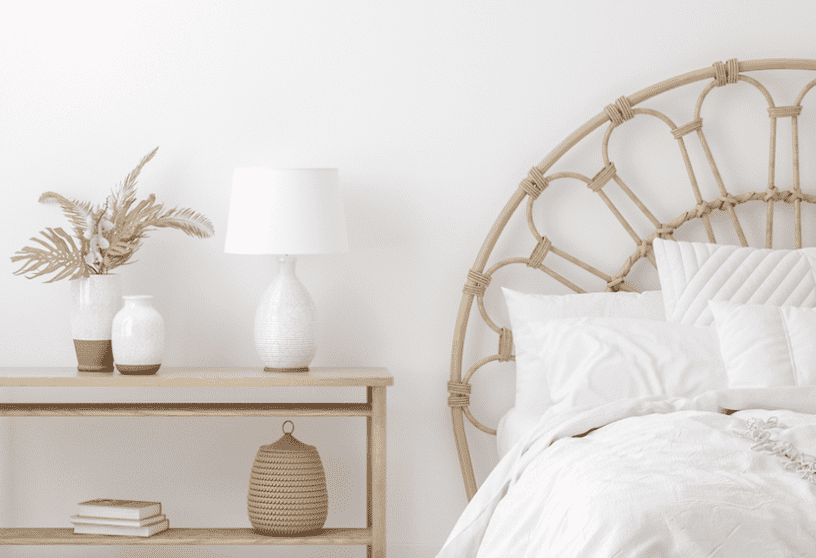 How To: Coastal Interior Design 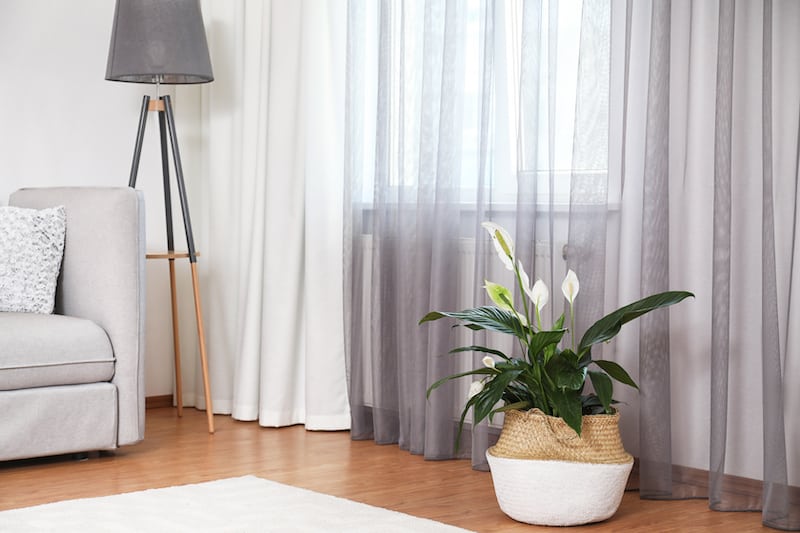 The Perfect Houseplants for Aussie Home 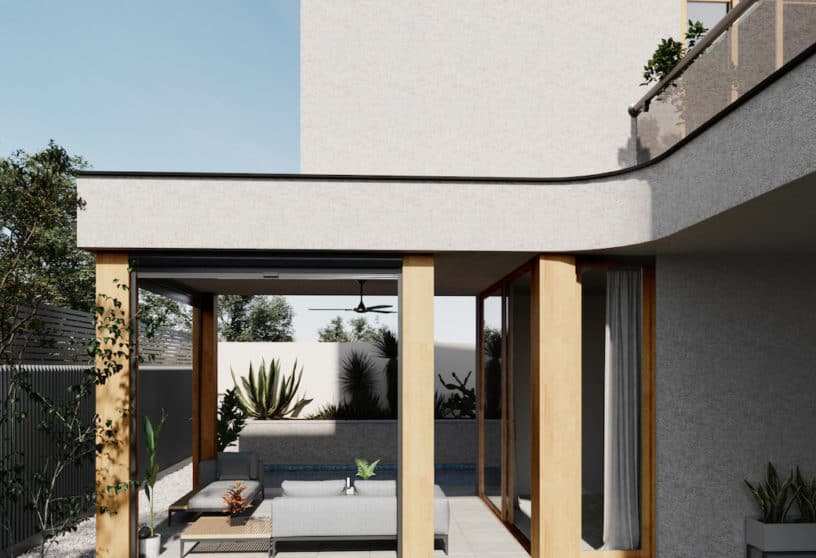 How To: Add Value To Your Home

Fill out the form below and we’ll be in touch to arrange a free on-site consultation.